Are you looking for ways to supplement your income over the festive period?

EVER since the emergence of the COVID-19 virus and the ensuing pandemic, it has been hard to check your newsfeed on your phone or tablet, tune into the TV or radio, or scan a copy of a newspaper without being left feeling deflated or depressed about the state of the nation.

And that is putting aside arguments about the impact of Brexit, the war in Ukraine, the “cost-of-doing-business” crisis, particularly affecting food prices and energy bills, plus real increases in interest rates for the first time in some 15 years,

And on top of that, the political and economic fall-out over the departure of two Prime Ministers in a matter of weeks and what seems like a never-ending game of musical chairs in the Cabinet at No. 10 Downing Street.

Those are real issues and problems that affect everyone – whatever their age, background, or occupation.

For many business owners – and especially in hospitality – the economic landscape has been as challenging as it has been since interest rates hit 15 percent in 1990 at the start of a recession after the Thatcher boom of the 1980s – only topped by the worldwide financial crash in 2007 when several big banks and mortgage lenders went bust on both sides of the Atlantic.

So as another troubled year comes to a close – and one that saw the momentous succession of King Charles III to the throne – after Her Majesty the Queen‘s death after 70 years on the throne – what can we say about the state of the hospitality industry?

And what can we at Fire Hospitality do to help your business employ the best team possible to make your Christmas and New Year parties and celebrations not only leave customers very happy – but also help boost profitability and grow your enterprises going forward?

It is fair to say pubs, bars, restaurants, hotels, and other entertainment venues face four critical factors as 2022 draws to an end.

The Christmas season is critical to the health of the catering and hospitality industry – with pubs and restaurants taking around a third of their annual turnover in just one month, from December to early January.

While Black Friday has been a recent innovation to boost a rapidly changing retail sector, thanks to a growing consumer preference for online shopping, we all still spend a large chunk of disposable income eating out and enjoying festive social occasions.

Millions of people enjoy the annual works Christmas party and going out with friends and family in the build-up to and over the Xmas and New Year holidays.

Established research shows that the hospitality industry takes about a third of its annual revenue in the Christmas and New Year period and generates around 25 percent of all yearly profits in December and early January.

The current spate of rail strikes is just the latest disruption to the hospitality industry, although the first World Cup to be played in the winter provides a much-needed boost to the sector.

Last month saw signs that eight out of 10 venues in UK cities had seen sales grow four percent in the four weeks up to November 19, compared to the same period in 2021 – according to the Top Cities report from CGA and Wireless Social.

But even though city centre footfall is recovering to pre-pandemic levels, when inflation is taken into account, London sits bottom of the UK‘s top 10 lagging behind the top three – Manchester, Glasgow and Birmingham – for a third reporting period in a row, according to the report.

Wireless Social chief executive Julian Ross said: “There is continued appetite from consumers to go out and visit their favourite hospitality venues.”

There has been more good news in the month that followed, as spending on retail and hospitality reportedly reached  £ 281 million alone during the weekend‘s World Cup quarter-finals in Qatar, according to VoucherCodes.co.uk.

While a £ 121 million boost to food and drink sales is not to be sniffed at, spending on hospitality was also expected to jump by £ 98 million.

And drinkers in pubs, bars, and restaurants quaffed some 28.5million pints during England‘s last game in Qatar alone, according to research by Oxford Partnership – compared to 8.5million pints when Gareth Southgate‘s team knocked out Senegal.

That followed a 44 percent increase in consumption during the first round of games in the Middle East.

But that reality was overshadowed somewhat by research that showed 21.1 million out of 26.9 million spectators tuned in to England‘s heart-breaking defeat by France did so from home.

It would have been interesting to see as temperatures plummeted how the outside “fan zones” – that popped up in several cities across the UK to cheer on the Three Lions over the last month – would have fared if England had made this week‘s semi-finals and even Sunday‘s final.

If Gareth Southgate‘s England had stayed longer in the competition, the hospitality industry would have benefitted. Still, it is hard to say with certainty if it would have merely replaced lost Christmas business.

Rail strikes announced in the past week to coincide with the Christmas period will ensure it is the third year in a row the hospitality sector has been disrupted – with UK Hospitality claiming a £1.5billion hit a day during the strikes.

Not only will the rail strikes – set to last from 6 pm on December 24 until 6 am on December 27 – stop people traveling into the UK‘s major cities, and particularly London, for festive parties and celebrations, they risk preventing hospitality workers getting to venues in the first place.

The industrial action comes on top of the disruption to train services already planned for December 13-14 and 16-17 – with more designed in the New Year on January 3, 4, 6, and 7.

UK Hospitality chief executive Kate Nicholls has been urging the government to provide additional support to the industry to help the sector through “a very bleak winter “ because of the threat to the “golden month of trade” over the holiday period.

Again UK Hospitality reported one-in-five festive bookings for 2022 have already been canceled because of the rail strikes.

This time last year, the arrival of the Omicron variant forced the government to reintroduce restrictions on social gatherings, costing an estimated £ 3 billion in lost sales in the hospitality sector.

The then Chancellor Rishi Sunak gave affected businesses grants of £6,000, although the Treasury claimed at the time that deposits held by all hospitality firms had risen by £ 7 billion since COVID.

Meanwhile, insolvencies in the sector were 25 percent below pre-pandemic levels – so not all of the news has been gloom and doom over the past 12 months.

But the other major UK trend that emerged in the second Christmas living with COVID was that vacancies in the hospitality industry were 50 percent higher since early 2020.

Finding the right staff is at the heart of Fire Hospitality‘s business and our sister companies, Fire Healthcare, and Fire Foodchain.

So what is the latest data and trends on the job market in catering and hospitality, and what does it mean for Fire and our customers?

The latest round of official Whitehall figures shows the UK‘s unemployment rate has edged up, with the Bank of England predicting it will double by 2025, as a result of the current recession.

But job vacancies are still near record levels, with “hundreds of thousands“ of people in their 50s leaving the job market since COVID, while record NHS waiting lists suggest a growing number of people too ill to work, many as a result of catching the virus.

Nearly three-quarters of all UK businesses had experienced staff shortages in the last year, a CBI survey revealed in October.

One of the most significant impacts of the current staff shortages is that some firms in catering have been forced to reduce the range of menus.

A lack of full-time chefs can seriously affect capacity, meaning menus are being cut back to give those staff working a realistic chance of meeting their daily orders.

One restaurant in Essex told the BBC recently the number of starters and main courses it offered had shrunk from 11 and 18, respectively, to just four starters and nine mains.

Caterers are battling rising food price inflation not seen in a generation, leading to the number and variety of cooked dishes being cut back as milk, flour, and egg prices soar in particular.

Some restaurants and pubs are culling the number of different burgers they serve, or the range of fish dishes available, although one upside is that there is less food waste.

PUT YOUR TRUST IN FIRE HOSPITALITY

For the past four years, we have been working flat out to build our business – by helping yours run more efficiently and profitability by finding suitable candidates and teams to make your hospitality events as good as possible.

Our staff  – led by our Operations Directors Claire Childs and Anthony Blee – have years of hands-on experience working in hospitality and managing the teams we can provide.

They – and the rest of our management team – know exactly the skills and characters required to fill your vacancies in kitchens, bars, waiting on tables, and other front-of-house and back-of-house roles.

And we have a strong pool of talent to call upon – and at short notice if necessary.

So if your plans need to change to react to very flexible market conditions right now, or if you have been let down somewhere along the way, we will work 24/7 to fix things and help meet your requirements. 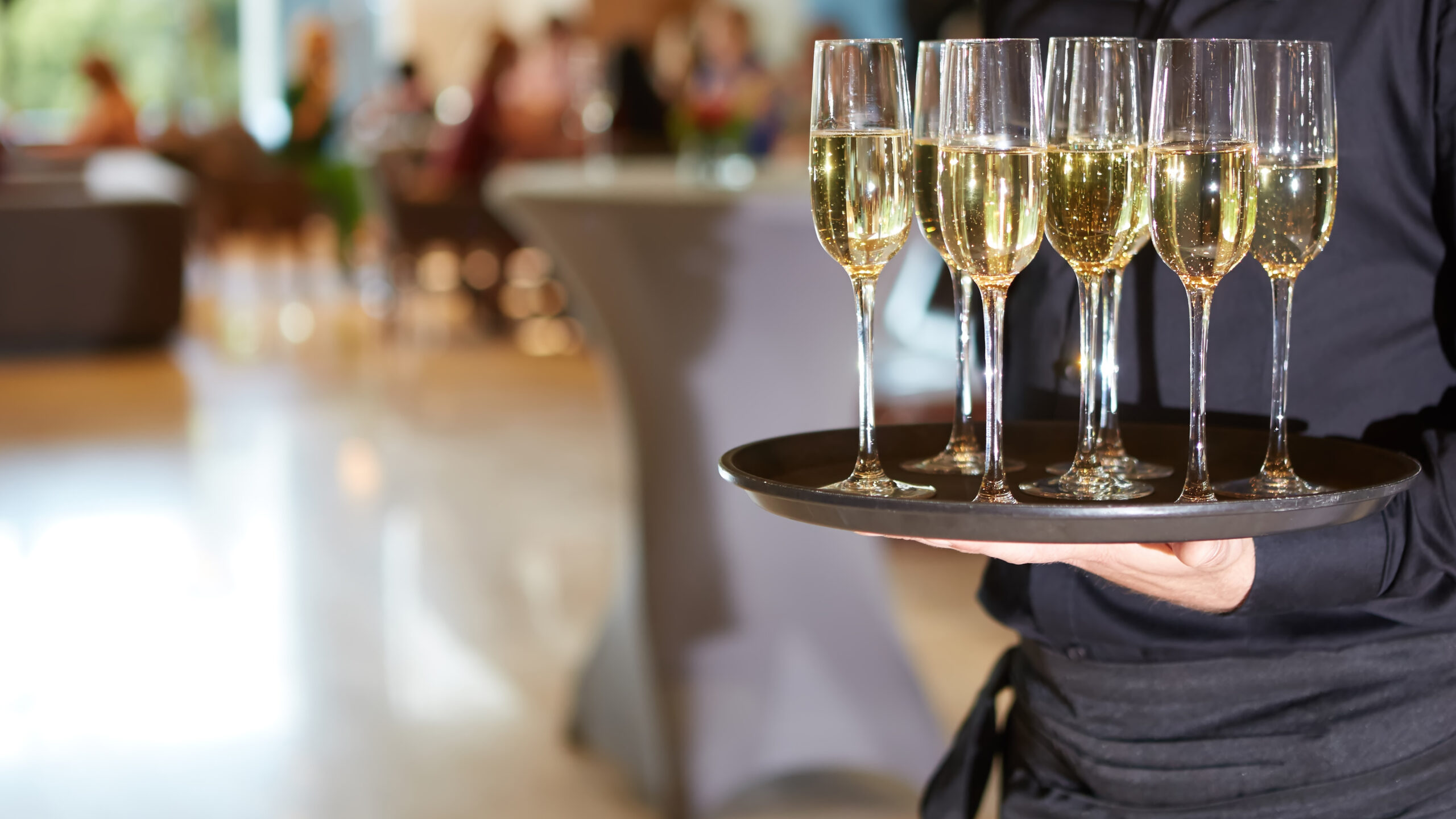 Plating up for those festive memories | Fire Hospitality

To continually develop and enhance your skills and experience while working with Fire Hospitality.

To lead the way in making Hospitality the profession it should be by offering relevant, accredited and widely-recognised courses.

Fire Hospitality will work to develop your skills, utilising online resources and our in-house training facilities

Contact our team at the numbers above or on 0281 550 069 or email info@firehospitality.com – don’t delay, do it today… and why not tell a friend?